A DAY IN PECORINO HEAVEN

A DAY IN PECORINO HEAVEN

Today was all about cheese – Pecorino (sheep’s milk) cheese to be specific.  That wonderful Italian cheese so famous in the area of Tuscany in which we are staying.

Podere Il Casale , an organic farm, is perched high atop a hill overlooking the spectacular Val d’ Orcia, which provides a breathtaking view from the al fresco lunch tables on the ristorante’s sprawling terrace.   Ulisse, a native of Switzerland, and his wife Sandra, have been the hardworking and proud owners of this 150-acre farm for 27 years years and counting.
The farm is primarily used to raise sheep, cows, goats and pigs.  There are also olive trees, every sort of vegetable, herb and flower, and hay for the animals.  Because the soil in this region is generally poor, the crops must be perpetually rotated.  Most of the neighboring farms produce wheat.

Ulisse took us to a small room which is used for various guest functions such as cooking classes and cheese making demonstrations. He pointed out that the table at which we were sitting, was for many years the family kitchen table for his and Sandra’s family of seven (They have five sons!).   He proceeded to demonstrate the detailed process of making pecorino fresco to include the types of rennet, forming the curds, separating the curds from the whey, forming the cheese disc, and aging.  He also explained the many variables (time, temperature, curd size, aging environments, etc.) that make cheeses distinctly different.

After the cheese making demonstration, we went on to see the where the magic of making cheese happens.  There were two other cheese makers at work in the dairy we entered.  After that we were shown another room where the cheese was waiting to be salted, and then on to the two aging rooms where many rows of cheese were lined up to begin aging anywhere from three months to several years.

Next, Ulisse took us on a brief walking tour of the farmyard where some of the animals reside – primarily goats.  We also encountered a very contented peacock who paid us very little mind.

After our hard work learning so much about the farm and cheesemaking, it was at last time for our reward: lunch – all the food they served us is grown all around the very place where we ate!  We dined on a cheese souffle with a quince compote, several wonderful vegetable dishes, a micro-greens salad with an edible nasturtium that tasted quite like a spicy radish, a baked cheese appetizer, and whole-wheat pasta in a delicious red and green tomato sauce.  The piece de resistance was, however, the beautiful cheese board served near the end of our multi-course meal.  We enjoyed 11 delicious (and beautiful) samples of sheep and goat cheeses of varying age and type, including a very fresh ricotta (Literally the process in which the separated whey is “recooked.”

The views of the Val D’Orcia absolutely astounded us as we feasted on our lunch as Ulisse kindly joined us for the second part of our meal to describe the elements on cheese board, as well as interesting aspects of the world in which we live.
A magical day indeed, which provided an enriching experience about cheese and farming we will long remember.  As an added bonus, the weather turned out to be perfect! 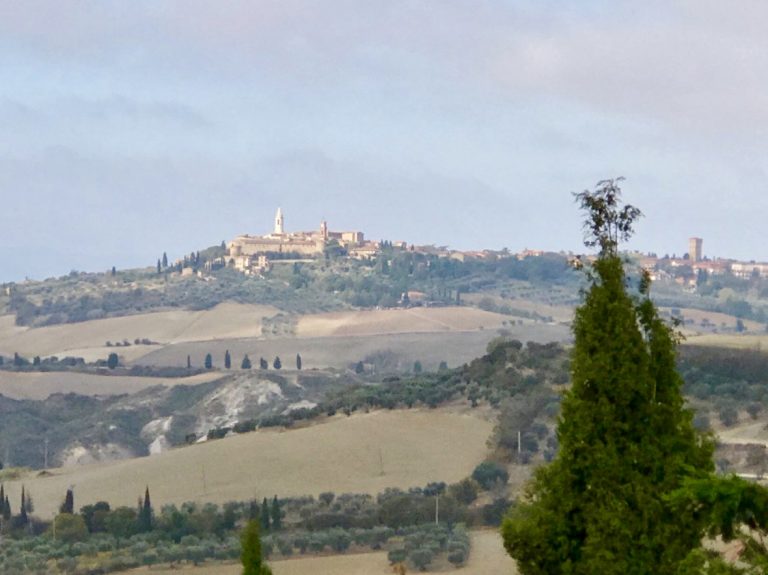 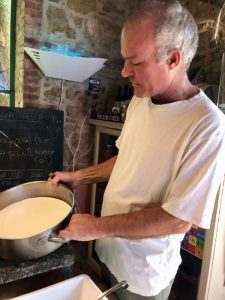 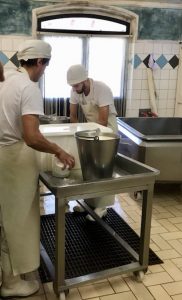 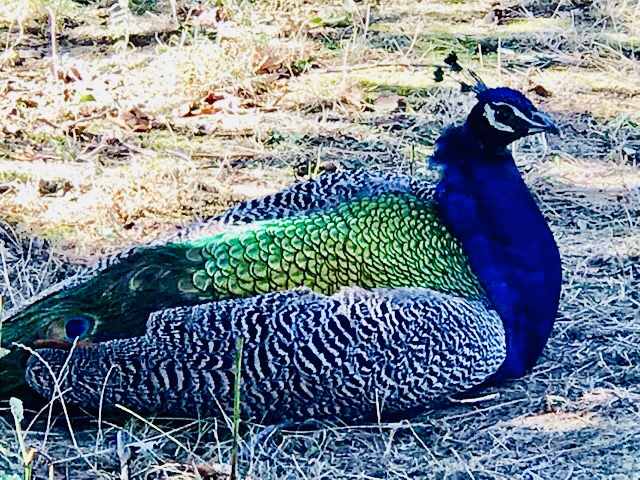 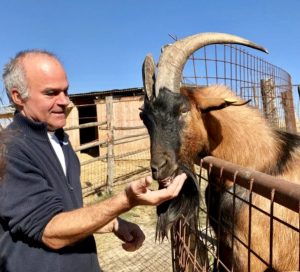 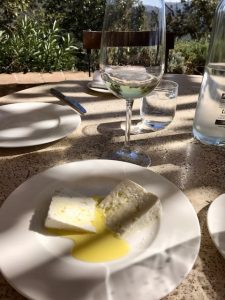 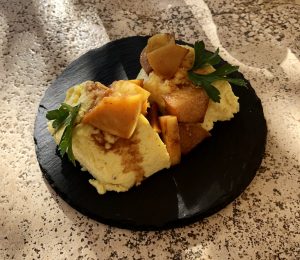 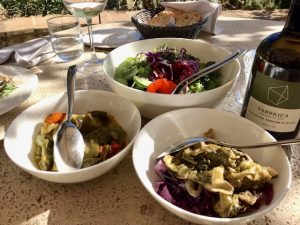 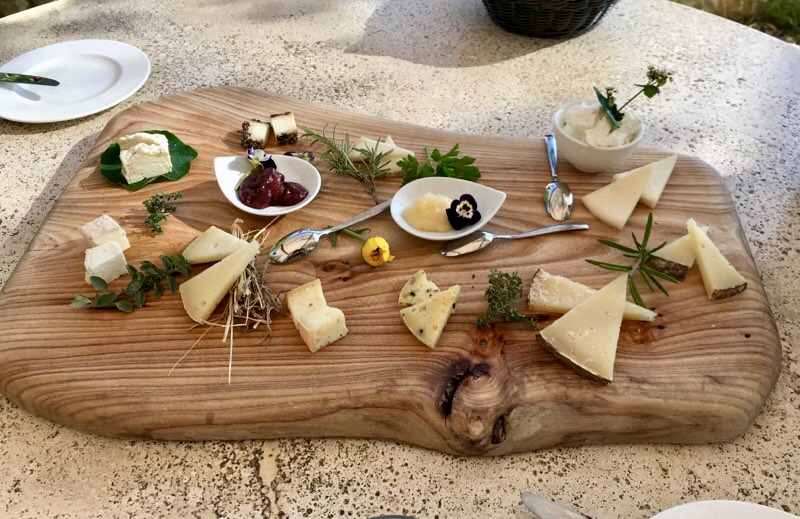 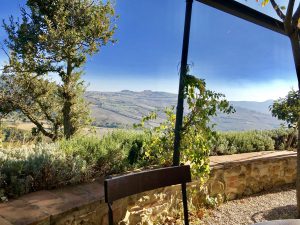